About Us - Prickly Pear Family Medicine

I'm a Baylor-trained family medicine physician born and raised in Houston.  My passion for medicine came from helping translate for my family during doctor visits as a child.  After working in county clinics and hospital ERs for the past five years, I decided to open a socially responsible practice to provide multigenerational families with healthcare solutions.

Prickly Pear Family Medicine will enhance wellness by removing barriers to physician access and become the health professionals closest to our patients’ lives. I will continually strive to make my socially responsible practice the first choice for medically underserved families seeking a partner in healthcare. 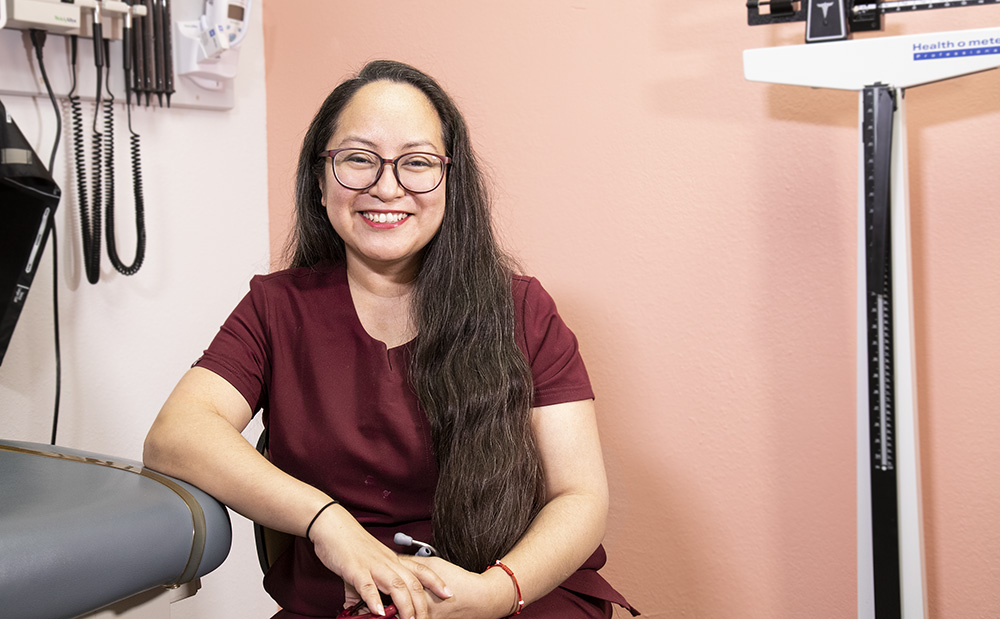 Prickly Pear Family Medicine is a direct primary care clinic (DPC).  I chose this healthcare model because when patients come to see me, the appointment isn’t rushed.  By being a DPC, patients and I work together to develop treatment plans without an insurance company or corporate executives interfering with what’s best for the patient.  I think the best part about being a DPC is that it gives my patients 24/7 access to me so that I can help address their health concerns quickly instead of waiting for an appointment.

Most doctors have over 2,000 patients.  As a DPC, I will limit my practice to 600 – 700 patients. This allows me to build strong relationships with each of my patients and gives me the flexibility to provide personalized treatment.

This type of healthcare service isn’t new. Wealthy individuals and affluent families have been able to directly access physicians through expensive concierge medical practices. We’re making the same type of service available to the general public.

As a DPC, my 600-700 patients sign-up for a monthly membership with Prickly Pear Family Medicine.  I’m proud to be able to offer the most cost-effective membership rate in Houston. The membership covers all my patients primary care needs, and because I have plenty of ER training and experience, I can also treat minor emergencies thereby saving my patients an expensive ER bill.

Most of my patients have never heard of DPC.  They are often skeptical because it’s so different than how they’ve experienced healthcare before. When I answer the phone, they are pleasantly surprised a doctor is taking the call.  I’m happy to schedule a meet & greet to discuss how it works. 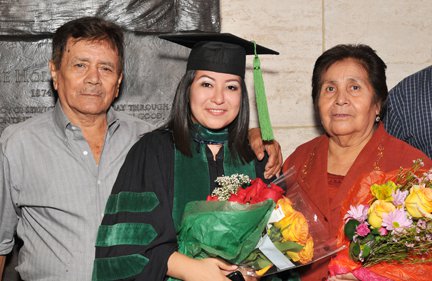 Since I was a child, I’ve been bridging the healthcare gap in Houston since  elementary school when I was enlisted to translate for my parents during medical appointments.  Throughout their experiences with healthcare, my parents struggled to find culturally competent doctors that were able to communicate in Spanish.  I saw the devastating effects on my family when medical providers didn’t view healthcare through the same cultural lens as my parents. This resulted in inappropriate care transitions, diagnostic errors and missed care opportunities. It was during these moments that I decided to pursue a career in medicine so that I could help people like my parents- the families that struggle through the healthcare system.

Only 2% of all doctors are Latina. A fact that didn't hit home for me until I was sitting in orientation at Baylor Medical School.  Up to that point, my education had been in schools that were known for diversity - University of Houston and Debakey High School for Health Professions. The lack of diversity among my medical school peers was startling, and I realized it was a major contributor to why communities of color have problems accessing culturally competent physicians.

After medical school, I knew addressing care gaps and improving the patient experience for underserved communities was my passion.  I chose Baylor's Family Medicine program for residency because it focused on the underserved in Houston. During my third year, I was chosen as chief resident to provide support for the program and mentor to other physician residents.

It was during residency that I was finally able to make my dream of being a trusted confidant for families a reality. Rotating through hospitals in the Texas Medical Center and clinics within Houston allowed me to build doctor-patient-family relationships across a variety of clinical settings.  I quickly found that the favorite part of my job was being a patient advocate.  I was able to use my language skills in Spanish and knowledge of the Houston community to advocate for patients during complicated medical decisions.

In this setting, I realized that spending a few minutes with each patient wasn't enough time to properly explain the causes, contexts and implications of illness and disease management.  It became obvious the healthcare system was not setup to educate people with varying levels of understanding about their health. This was unacceptable because health literacy affects all areas of health and disproportionally impacts minority communities.

After residency, I worked in the Harris Health System providing primary care to residents of Harris County for three years before heading to Jackson County Hospital District to become the Emergency Room Director. As an ER doctor, I’ve learned how to handle any medical crisis that comes through a hospital's doors. Being in the ER doesn’t allow me to build the type of long term relationships with patients I cherish, but helping families through life-threatening circumstances has allowed me to create strong connections with them during their times of uncertainty.

With a strong background in primary care and emergency medicine, I decided it was time to leave behind the constraints of the conventional health system and open my own practice where I could work directly patients to provide the care they deserve without the red tape.  In the midst of 24 hour shifts during the pandemic, Prickly Pear Family Medicine was born.

How I Give Back

To stay true to my values, I’ve set up Prickly Pear Family Medicine as a Socially Responsible Business. That means my business model takes into account the triple bottom line - People, Planet and Profits. I believe doctors are at their best in the service of others and their community. The ability to impact people will always be our top priority.  My practice will strive to be environmentally benevolent, and profits will be used to power our ability to address social issues related to health for the underserved at all levels.

As health partners with the community, Prickly Pear Family medicine will allocate at least 3% of our membership slots to charitable work.  We also commit to investing at least 10% of our total profits back into the community with a priority on wellness programs and preparing students from underserved communities to become medical professionals. This is my minimum commitment to you and the community.  As Prickly Pear Family Medicine matures, I aim to go above and beyond these contributions.